An absurd example of government secrecy to celebrate Sunshine Week.

In honor of Sunshine Week and open government, here's an example of the absurdities that sometimes result when the public is denied their right to know. A redacted version of our plaintiff's police report from a suit we won in 2008 (presumably the missing section contains highly sensitive information):

A full version of that same police report (provided to us as part of the lawsuit's discovery process and now part of the public record): 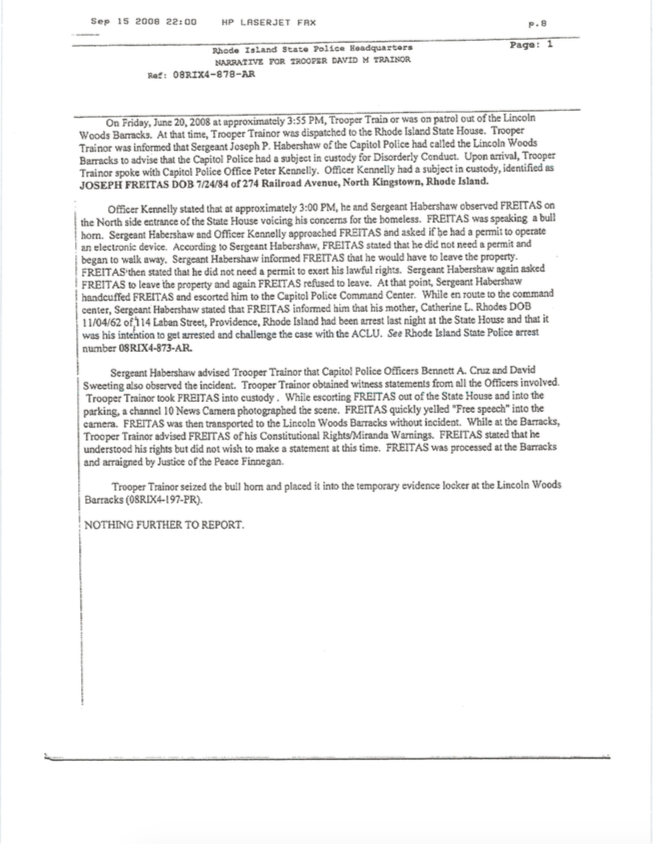 ACLU Statement on the Rejection of Flock Safety Surveillance...